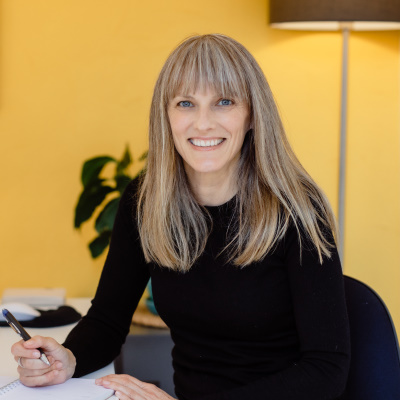 After graduating from University with a business degree, Katrina began a career in the web/internet industry in 1996.

Working in the role of Marketing Manager for Auckland-based Netbyte, Katrina was responsible for online marketing activity for clients; including industry press coverage, promotion in search engines, and site statistics. During that time she also took on management of the hosting client base, and worked alongside the Managing Director in business growth and development.

Leaving Netbyte, and New Zealand, in 2000 to pursue her ambition to travel, Katrina re-located to Oxford, England. She soon landed a job as Direct Marketing and Web Manager for The Pier, a homewares retailer, which had over 40 stores throughout the UK.

In her time at The Pier, she drove the company’s direct marketing strategy, overseeing creative elements, working on customer data, and analytics. Great success was achieved however, in the management of the e-commerce website, which saw online sales grow from $1.2 million to over $3.1 million dollars (NZ), while under her management. She worked with several agencies, and was involved in major projects within the business, more notably, in creating a mail order call centre in-house.

Katrina returned to New Zealand in late 2005. Based in the Nelson region, she has been owner and director of Bounce Marketing for the last 15 years.